When I look at kids today, with their loaded wallets, expensive cell phones and branded clothes, flooding the malls for an end-of-exams celebration, I am often swept away by nostalgia. I cannot help but remember the simple and frugal ways we would come up with to bid farewell to final exams during our school days. But of course, everything was so much cheaper and less glamorous than it is now—cheaper eating out options, reasonably priced movie tickets and popcorn combos and the hitherto undead thrill of amusement parks. Add to that the lack of any social media hype of uploading statuses, check-ins, tweets and photos, and you can imagine what carefree and unostentatious lives we had.

I still remember the days leading to my sixth-grade final exams. We were pretty bummed about the fact that in the next academic year, the students were going to be shuffled as per the school policy. My friends and I dreaded this unfair (in our opinion) separation, and therefore, I decided to organize a grand farewell on the day of the last exam.

The plan was to grab a meal at this unremarkable restaurant located five minutes away from school. Most of us had been there before; some of us had even ordered in and were quite familiar with its menu. Back then, parties could be thrown with meagre budgets of 300-500 bucks. We were adamant that everyone would contribute the same amount to the budget so as to avoid any unwanted embarrassment to anyone. My suggestion was to fix beforehand what food and drinks to order so as not to exceed our gross budget. And thus began the mammoth task of studying the restaurant’s takeaway menus at our homes and collaborating over phones about the stuff we were going to order. All this while we were supposed to be studying for our exams, of course.

I would be lying if I said I wasn’t nervous. It was D-Day finally, and after days of planning and butting heads over tiny details, I wanted everything to go perfectly. After exams, we landed at the pre-determined venue with excitement and growling tummies. I felt like the proud host of a successfully thrown party as I saw everyone dig in the limited fare and happily chatter away about exams and summer holiday plans. I hovered on the edges of the conversation; my mind shrewdly calculating if the food ordered was indeed going to suffice. I didn’t think anybody noticed that I hardly ate anything; the gossip was too interesting.

I was already paying the bill when some of the boys decided they wanted to drink some more Coke. Our budget only just covered the bill amount, so I told them to forget about it. They decided to spend their own money and have it anyway, because boys. I felt slightly hurt that all my efforts ended up being somehow inadequate. And it was in this dispirited frame of mind that I returned with everyone to our school campus so that we could take the school bus (which had been waiting for the students from higher grades to finish their exams) home.

Everyone was saying their goodbyes, making promises to call once a week and hoping to land up in the same class as each other next year, while I sat on one of the cold stone benches in the parking lot. I was hungry, not having eaten enough from the fear of insufficient food. Perks of being a host! Hungry at your own party! Suddenly, two of my closest friends came and sat next to me. One of them handed me a crumpled brown paper bag. There was a burger inside and some fries. Did I really think they wouldn’t notice how little I had eaten at the restaurant? How could they let the person who had planned and executed this awesome party leave hungry? So they sneaked past our other friends and got me this. I was at an utter loss of words, which for me is saying something!

I don’t know why this is one of my all-time favourite memory from school days. Maybe it’s because it assures me even now that your friends will always have your back, no matter what. Or maybe I was just stunned by the gesture, which at the age of twelve meant so much to me. One thing is for sure, though—I will always cherish it and reminisce of the days when celebrations were more about friendships than anything else.

See what I’m reading on Goodreads!

Hit Me Baby, One More Time?

These Guys Are Awesome Too! 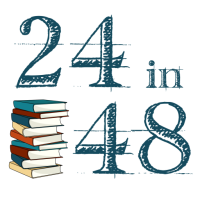 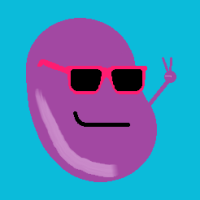 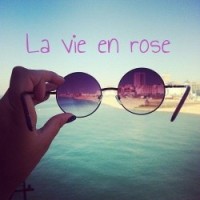 24in48 Readathon
themumblr
So Many Mistakes

a guide to bad dating

Speaking My Truth Through A Consuming Passion To Write

Welcome to our tiny corner of the internet.

An above average pop-culture and lifestyle blog

A blog about words and how their meanings are woven into our life stories.

I have people to kill, lives to ruin, plagues to bring, and worlds to destroy. I am not the Angel of Death. I'm a fiction writer.

Stories from my diary ❤

There is a little part of "me" in everything I write 💟

I'm Truly--thankful for God and my gift for writing sugar-coded metaphors in service of my growth and your smiles :)